PHPStan has had a wonderful year 2018. The adoption increased from 3,200 daily downloads to 9,800. I released 9 new versions, wrote a feature article for php[arch] magazine, and talked about PHPStan at Dutch PHP in Amsterdam.

But the moment I realized how big it has become happened at the phpCE conference in Prague at the end of October. I’ve had a really awesome time there. First, I took advantage of many international speakers who contribute to PHPStan coming to town and organized “PHPStan dinner” at my favourite indian restaurant: 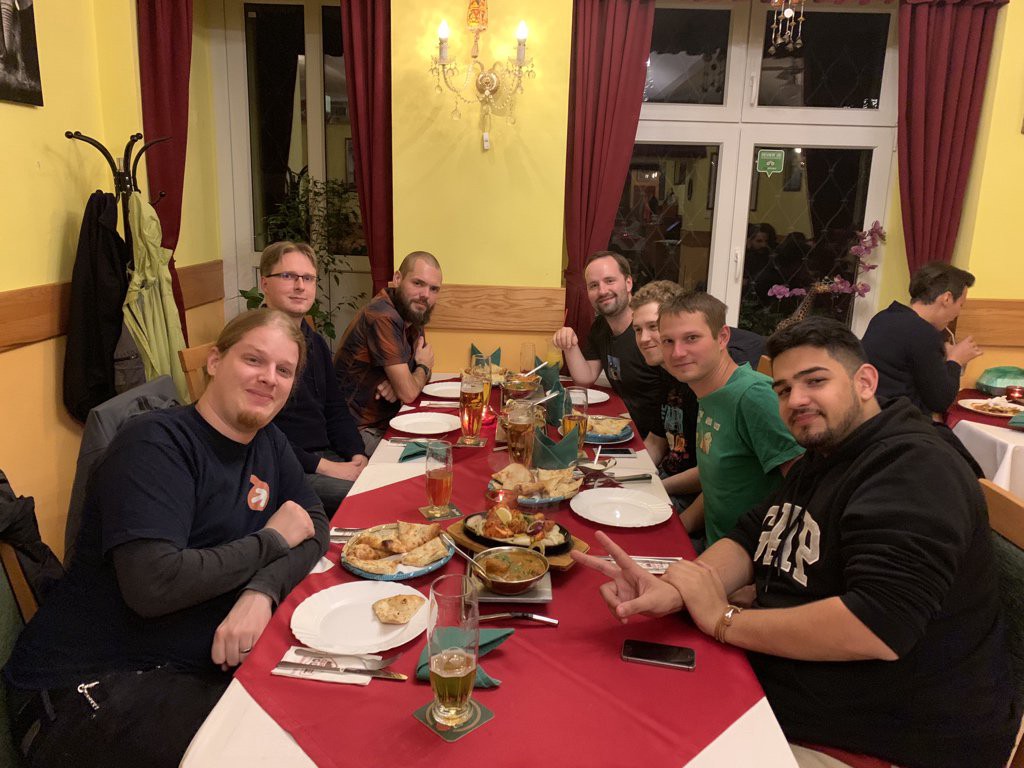 We’ve had a really good time. Well, except Marco, who spent the next day on the toilet.

During the conference in the following two days, I’ve heard PHPStan mentioned many times. It was referenced in at least 5 talks, including Rasmus Lerdorf himself. I’m really proud that I contributed something useful to the PHP ecosystem.

I have no intention of stopping. Today, there’s a new version coming out. PHPStan 0.11 brings quite a few missing checks that increase confidence in your code being okay. It also contains 50+ bugfixes.

PHPStan 0.11 is brought to you by LOVOO:

PHPStan is an elementary part of our development workflow. We cannot live without it! Thanks for the great work!

Here’s a few highlights from the release:

PHPStan now understands situations where the foreach runs at least once. There’s many ways how you can check for an empty array — it gets them all 🙂

Previously, only projects with checkAlwaysTrue flags set to true (usually with installed phpstan-strict-rules) found out about always true conditions. With this change, always-true conditions with else branches and ternary operators are reported on level 4 for everyone:

You will also find out about foreach loops that never run because an empty array is passed there.

PHP kind of enforces this with native typehints, but situation gets complicated if you’re types can be expressed only with phpDocs. In reality the type does not have to be exactly the same. Parameter types must be contravariant and return types covariant. Check out this write-up on the PHPStan issue tracker talking about this problem in-depth.

There’s a new check on level 3 that will tell you if your classes adhere to this principle.

This package contains additional rules that revolve around strictly and strongly typed code with no loose casting for those who want additional safety in extremely defensive programming, and it’s developed in parallel with PHPStan’s core.

Loaded extensions in PHP runtime no longer needed for functions #

In previous versions the PHPStan environment had to match the environment of the application. It was because it needed access to PHP reflection. Since PHPStan embeds function signatures with more precise data anyway, I removed the requirement. So you will not encounter errors like “Function proc_open() not found” anymore.

There’s a better tool for checking whether you’re aware of all of the application dependencies — it’s called ComposerRequireChecker.

Unfortunately, this requirement still applies to classes — it’s more work to embed all the data PHPStan needs about extension classes so I’ve skipped it for now.

I always like to say that my todolist for PHPStan is almost infinite. Last time I checked, it contained more than 500 ideas. I can afford cherrypicking the ones that make most sense in regard to current state of the codebase, suggestions from the community, benefit-cost ratio, and scratching my own itches.

For PHPStan 0.12, I plan to explore these areas: performance improvements, “watch” command (continuously running and scanning modified files for errors), generics support, the ability to write more kinds of rules, not just those invoked for a specific AST node, and more.